We are currently building the microsite for our 2021 auction site. The link below is where you will be able to see all the amazing auction items to give you an idea of what we have in store for 2021.

This year we will have a charcuterie package available to purchase and enjoy during the event.
You can also click below and start buying raffle tickets for the popular booze basket 🙂
To register for the silent auction/donate/raffles – it’s all done on the bidding website

Raising funds for programs that impact our future leaders

You have no doubt felt the impact of COVID-19 and Girls Inc. of Durham have been monitoring the situation with recommendations from Public Health Agency of Canada, we have decided that the best thing to do for the health of attendees is to hold a virtual “Power of the Purse” Event.

Many of you have expressed concerns over how COVID-19 will impact our event and your ability to attend/participate. Many of you may have a corporate ban on travel. Rather than putting you, the attendees, in the position of deciding whether or not to attend an event, we have made the decision to host a virtual event.  While this decision does not come lightly, we believe strongly that this is the right thing to do. 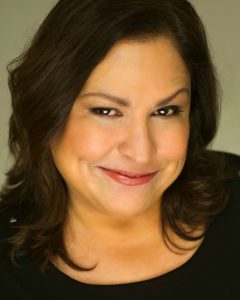 This year’s event we are excited to have Martha Chaves is a Latin-Canadian-LGBTQ award-winning comedian, actor, activist, and playwright. With her unique sense of humour, friendly-in-your-face style, and devilish charm, Martha paints hilarious stories drawn heavily from personal experience, like her upbringing in Latin-America. She came to Canada as a refugee, but Martha has established herself as one of the country’s most sought-after comedians. 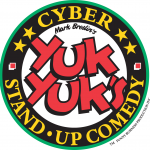 She’s known throughout Canada for her coast-to-coast stand-up tours and for her tailor-made corporate shows, her many appearances on the Just for Laughs Festival, the Winnipeg Comedy Festival, The Debaters, and as a regular cast member of the hit CBC show Because News. She starred in her two national comedy specials: Comics! on the CBC and Something About Martha on the Comedy Network. Her One Woman Show “Staying Alive” was featured in the Soulo Festival and the Aluna Theatre Festival in Toronto, and in NYC’s SOLOCOM. Martha won Stand-up Comic of the Year at the 2018 Canadian Comedy Awards, and her comedy album, “CHUNKY SALSA,” was featured among the 11 Best Comedy Albums of 2019 (Interrobang Magazine.)

She is also a fierce human rights activist, using humour to challenge the status quo in four different languages. She’s the host of “When Feminists Rule the World”- a new podcast series produced by The Nobel Women’s Initiative, which is run by five Nobel Peace Prize winners.

In her own words, she’s the “most famous LGBTQ-Nicaraguan-Canadian stand-up comic in the world.”

Layne The Auctionista, will be returning as our MC for this amazing one hour virtual live streaming event. This year on Friday November 5th 2021 we will be live streaming at 7:30 pm and registration links will be provided to all guests.

We will keep you updated her as our Conference Planning Committee is working hard behind the scenes. For more information contact Yvette Nechvatal-Drew yndrew@durham.girls-inc.org

For 2021 Sponsorship Information Contact
Yvette Nechvatal-Drew for more information and levels at 905-428-8111 ext 224 or email at yndrew@durham.girls-inc.org

POWER OF THE PURSE 2021 SPONSORSHIP DECK

Special thanks to our Event Sponsors 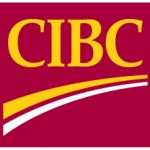 Your Logo Can Be Here for 2021 Sponsorship contact Yvette at yndrew@durham.girls-inc.org